The Budget 2012 has extended the applicability of TP Regulations to specified domestic transactions, in excess of Rupee Fifty Million with effect from Financial Year 2012-13.  This will have a different effect on sharing of IP between affiliated companies.

In accordance with budget 2012 provisions, the following domestic transactions would be under   the Purview of the Indian TP Regulations:

Prior Budget 2012, two affiliated companies need not pay a transfer price at a arm’s length royalty rate for use of the intellectual property and can be internally managed from the parent to the subsidiary. Extension op TP rules curbs false invoicing and will improve transparency.

Transfer Pricing and M&A
M&A is a constant activity by enterprises to expand their business. M&A alters inter- company transactions which have a dramatic effect on transfer of assets between affiliates including transfer of IP.  Companies should bear in mind, among other things the difference between the legal and economic ownership of IP. There may be legal, accounting, tax, and other formal constraints on moving IP from one place to another. TP analysis can allow the new business to integrate TP into its business plans and anticipate adversities. Very importantly, the early documentation of TP policy is an essential basis for effective TP risk management. TP risks can be managed effectively through strict compliance of concerned laws, timely TP documentation, clear intercompany agreements, APAs (Advance Pricing Agreements).  It is further advisable for the companies to follow consistent TP policies.

There are three standards in IFRS that play a significant role in valuation of IP for the purpose of TP. They are IFRS -3(relating to business combinations), IAS -38 (relating to intangibles) and IAS 24 (related party transactions).  The standards require all listed companies to report the value of their acquired intellectual property on their balance sheet.  The standards state that any identifiable and measurable intangible asset acquired as part of a business combination after the company's transition date after 31 March 2004, needs to be recognized on the balance sheet from 2005. With a more common accounting standard the amount of revenue generated by subsidiaries will be more comparable. IFRS will also help highlight which intangible assets are generating most revenue and from which subsidiary.  Having the value of the intangibles already on the balance sheet in mergers or acquisitions makes it lot simpler for valuing tp.
Valuation of IP

Valuing of IP identifies the value it contributes to the business which is very important to determine the TP to be paid in accordance with the arms length principle.  Exact IP valuation is the key to determine the accurate IP owned
Transfer Pricing - It is the practice by which the price or fee for use of  an asset is established for transfer from one affiliated company to another.( asset includes IP).
Arm’s Length Price - It’s the price, which is applied in a transaction between persons other than related party in uncontrolled conditions.
The new domestic TP provisions would have significant anti abuse effects to redress any non-arm's length pricing of domestic transactions.
The arm’s length price shall be determined by any of the following methods having regard to the nature of transaction namely :-(1) Comparable Uncontrolled Price Method(2) Resale Price Method (3) Cost Plus Method (4) Profit Split Method (5) Transactional Net Margin Method.

These the three universal approaches used in valuation of IP;

The Cost Approach is based on the presumption that a willing buyer would pay no more for an intangible asset than the cost to produce such asset. Rather on the other hand while considering market conditions, time and value of money, it may be wiser to purchase the asset.  In the long run the long run the cost to develop it may prove higher than the purchase price. This approach also helps to know how much it would take to “re-create” the asset, thereby giving an indication of the value.

Market Approach
The Second approach to valuing intangibles is the market approach. It  is based on examination of similar intangible assets that have been transacted in the Marketplace.  This method depends heavily on the availability and comparability of data. In TP  analysis companies are often required to justify intercompany royalty payments for the use of intellectual property. A market approach could incorporate an analysis of functionally similar licensing agreements for the use of the intellectual property.

Income Approach
The most relied approach in valuing intangible assets is the Income Approach. This approach determines the value of IP by examining the future or expected income the IP will generate. There are two main types of income approaches, the yield capitalization approach and direct capitalization approach. Both are closely based on four steps: (1) the determination of an appropriate income measure, (2) the estimation of a time period, (3) the projection of the income, and (4) the appropriate determination of a capitalization rate.
In addition to these two income approaches there are various other approaches that can be referred  to as “Income “or “Market” approaches; they are incremental income approaches, the profit split method, and royalty analyses.

The Incremental Income approach is based on examination of the additional income accrued by the existence of the IP.

The Profit Split method splits the income between the IP and other tangible and intangible assets associated with it. Finally,

The Royalty Analyses examines the payment a licensee pays a licensor for use of a discrete intangible asset.
Each method has its pros and cons, given the often subjective and data-intensive nature of valuation.
Points to remember:

§        When a IP is transferred from I affiliate to other affiliate company;

§         Evaluate the transfer price based on arms length standard using any one of the above methods to determine the Arms Length Price.

Certification of Related Party Transactions:- A report on the compliance of the    transfer pricing guidelines in respect of transactions with  related parties shall be obtained from an Chartered Accountant.
Statement of Policy:-

For each related party, a statement shall be recorded disclosing the basis/methodology for various transactions and shall form the basis on which transactions are entered into.

The Union Budget 2012 is has introduced a dispute-resolution mechanism called the APA (advance pricing agreements). It is an agreement that sets transfer price of the covered transactions prospectively between the taxpayer and tax authorities. APAs are generally entered into with a five-year lock-in period. Any TP issue is possibly capable of being covered by an APA.  The companies and tax authorities can mutually agree on the TP method to be applied and its application for a certain period of time. Further, bilateral APAs are likely to be introduced. The forseeing nature of APAs would lessen the burden of compliance by giving taxpayers greater certainty regarding their transfer-pricing methods and promote decent resolution of issues.

www.ipdome.in
Posted by Dee! IP Expert at 22:47 No comments: 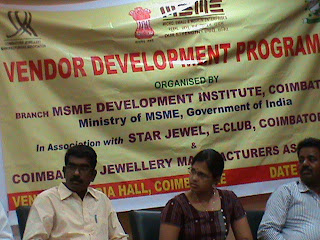 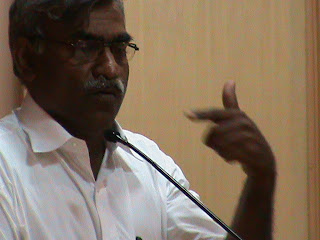 www.ipdome.in
Posted by Dee! IP Expert at 22:35 No comments: